The made-for-TV movies of Lamberto Bava

Actually, these are only two of four Bava films made for a cable series back in 1987, the other two being Until Death and The Ogre. The Ogre was eventually released as one of the many bogus “sequels” to Demons and Demons 2, so I blog about it and all the other faux Demons sequels here.

As for Dinner with a Vampire and Graveyard Disturbance, they definitely have the 80s Euro horror vibe I love, but they’re pretty much just PG-rated movies that would have been best served as direct-to-video releases back in the day. They also attempt to be tongue-in-cheek, but don’t take the slapstick angle far enough to serve as campy classics.

DINNER WITH A VAMPIRE

Dinner with a Vampire has a Hammer Films throwback feel combined with hokey 80s style and special effects. After a fun scene of the vampire being released from his coffin, we are treated to some cheesy music performances as a bunch of people audition for a movie. Those who get the part are then carted off to a castle to meet the director.

The director turns out to be the vampire. He has a hump-backed butler (an homage to Marty Feldman in Young Frankenstein) and several other colorful staff members, yet none of them helps make the first hour of the film entertaining. The highlight of this rather slow experience is clips—during a movie screening for the cast—of a black and white film about a creepy vampire. 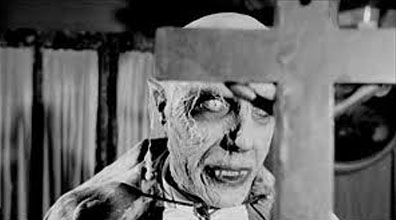 When everyone sits down for dinner with the director, he reveals that he’s a vampire and that the “role” of his guests is actually to figure out a way to kill him and set his soul free. 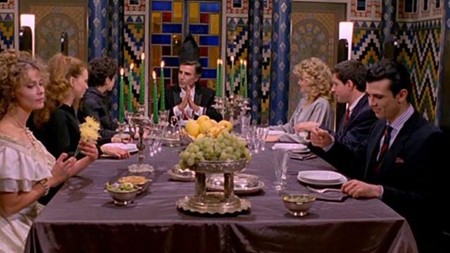 It’s not going to be easy. This vamp stands up to crucifixes and stakes, and has the power to rip out hearts with his mind—which is the first bit of excitement an hour in. After that, there’s a somewhat farcical chase scene reminiscent of the film Clue, with the cast running from one room to another frantically, trying to escape the vampire, who’s totally messing with them. Actually, let me clarify. This happens for the remaining 30 minutes of the film, so the charm starts to wear off after about 15 minutes (give or take, depending on your patience).

Of course they figure out how to kill him, but it’s nothing groundbreaking. The movie ends with some seriously cheesy, lighthearted final lines as the cast leaves the castle. 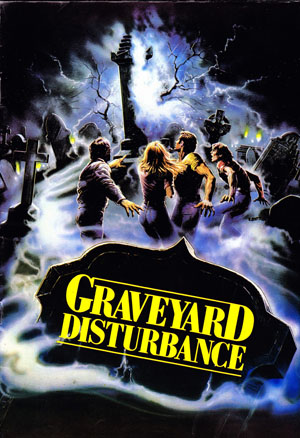 With an 80s teens vs. ghouls plot, this one is the winner of this duo for me. 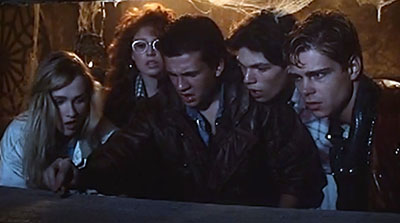 Totally 80s looking teens rob a convenience store then hide out in foggy woods, sleeping in a catacomb-like house they stumble upon. Even though it looks cold and damp and most of the kids stay bundled up, a hot blond pretty boy takes off his shirt and does a lot of posing for the camera.

Spooked in the middle of the night, they leave the house and go to a pub, where the patrons appear to have glowing red eyes (eerie), and the ghoulish looking bartender challenges them to stay in a cursed crypt for the night. If they survive, they get to take whatever they want from a treasure chest he has. 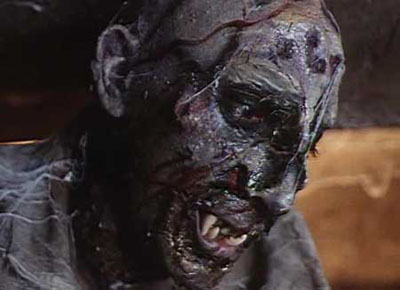 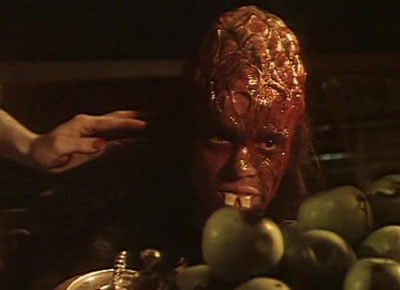 Unfortunately, just like Dinner with a Vampire, the movie gets stuck in the same rut—the teens just keep running in circles for about the last 30 minutes of the film with nothing exciting or new added to the mix. Hell, the monsters stop being scary when they just keep seeing them then running away. 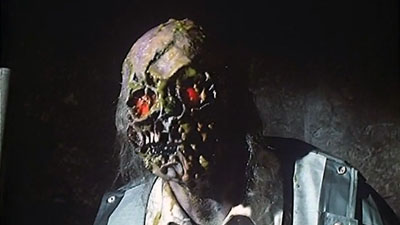 And once again, the final scene goes soft on the cast and the audience, making this duo of films like Lamberto Bava doing Disney’s Haunted Mansion.